“If everyone would do what is within their scope, the world would be a more beautiful place.”

Some people make an unmistakable first impression. Sometimes it’s because of the story they tell, the values they convey or the work they do. Or… through all these factors combined. This happened when the includi team personally met Rem van den Bosch (1974) and experienced his extraordinary photography at the opening of the new library in Goes (Netherlands). Like includi, this passionate artist strives to make the world a more inclusive and beautiful place.

So, who are you and what drives you?

“I live in the village of Ellewoutsdijk in Zeeland and have a wife and three children, two of them are still living at home. Since a young age, I have been looking for a creative outlet for what keeps me busy. As a child I also loved sports. At one point I had to choose between sports and attending an art academy. It became the art academy in Sint Joost (Breda, Netherlands). Since my graduation in 2000, I have been working as an independent artist. My projects always involve a team. From technicians to filmmakers, and from jewelry and clothing makers to clog makers. Social themes run like a thread through my work; they always have. It is my sincere intention to bring a piece of change. For example, I like to spend time in nature. The beach is around the corner and I walk there daily. Then I always have a small garbage bag with me. Whatever garbage I find lying around on the beach gets stuffed into the bag. At the schools I visit for my work I use this example as a metaphor: I can carry a garbage bag and nothing more. That way it remains feasible to make a positive difference. I do what I can within my scope. If everyone did that, I think we would leave the world a better place.

As for my art itself, I take photographs that I call applied art because they usually invite conversation. Projects originate at the kitchen table and are always based on two themes: dealing with each other and dealing with the world. Conversations I have with people about my work often involve concepts and labels, think ADHD, autism, gender, etc.”

You are currently working on the successful ongoing ‘Zeeuws Meisje’ (Zeeland girl) project. In this series of photographic portraits you have given the iconic Zeeland girl in traditional costume a new, contemporary face. How did this project come about?

“When I read in regional newspapers in 2019 about aldermen who refused to raise the rainbow flag to show they oppose the Nashville Statement which condemns homosexuality, I realized that the responsibility of those aldermen also includes schools. Schools in particular should be safe spaces where everyone is able to be themselves. That’s how the idea arose to use art to give a positive counter-reaction. I did this by using traditional costumes and linking them to the rainbow colors along with the hashtags #bewhoyouare and #equality.”

How did people react to this project?

“People tend to describe me as impulsive; I am not known for having the longest attention span. In spite of this – or perhaps because of it – I manage to come up with an answer to a question reasonably well and usually don’t need too much time. Then I have something in my head and I work it out. When I ride a bicycle, I dream of riding the Tour de France, and the same goes for my photography. I try to use a project within the realm of possibilities and with maximum impact. This was also the case with ‘Zeeland Girl’. Fortunately, the project was immediately positively exposed in the media and we received requests from schools and governments.

Requests came not just from the Netherlands, but from far beyond our national borders. I even went to the library of former President Roosevelt in the United States to talk about the project and the relevance of the message behind it. Once we distributed a selection of the images as a free poster download in four languages, we got responses from all over the world. We received emails with pictures of the posters that had been put up in schools, from the Philippines to Canada. These schools were sending out an important signal, inviting students and stakeholders to talk about the issue. I am of course proud of that even though there is still a lot of work to be done.”

Your work represents inclusivity and that’s exactly what we at includi focus on: developing inviting third places where everyone is welcome and feels at home, seen and heard. Do you have such a ”favorite place”?

“For me, these are places where creative people come together. Places where there is room for a conversation, for real connections between people. With my work I look for places like that. And that can sometimes happen in a guerrilla-like way. That we as a team go out into the street, set up a camera and someone is present in rainbow attire. Passersby stop, get into a conversation with us or each other, and we then record that interaction. So such a “third place” can also be the street. You can do a lot in the public space. Or in the library, but also in a church where, for example, an exhibition on a social theme is on display. Places where people come together and where there is room for dialogue on the basis of art. I always find it essential that the value of art is recognized. Unfortunately, there is still a lot to be gained in that area as well.”

What are you currently working on and what’s in the pipeline?

“In 2022, my team and I are working on two projects where once again the traditional Zeeland costume is linked to a social theme. One is ‘Here comes the Flood’ which is centered around climate issues and rising sea levels. Working closely with local organizations and governments concerned with water awareness, we are trying to initiate discussions about the consequences of rising sea levels – and what we can do about it. Since February, the series has been on display in public spaces in Amsterdam. Every two months we lift the works and place them elsewhere in the city. Several companies have purchased works from the series, which is a great compliment.

This year’s theme is also ‘Zeeland Girl’, #bewhoyouare and #equality. The project is being further developed into an educational program with an instructional video that schools can download. In May 2022, photographs from the series will be exhibited in Ottawa, Canada, on the initiative of the Dutch ambassador. That month, the expo ‘Zeeland Girl: Beyond Tradition’ will also take place during the renowned Tulip Time Festival in Michigan, United States. The series is dedicated to #equality, #tulips and #brotherhood. For Michigan, it’s pretty daring to propagate the theme of ‘equality’ and then also during one of the twenty best-attended festivals within the United States. Tulips, Dutch traditional costumes, all the colors of the rainbow… The NBTC, Dutch Bureau for Tourism and Conventions, explained to us that this project reflects the values that the Netherlands likes to promote and stands for worldwide: open, inclusive and inventive. We are on the right track! For me, it’s especially important that the message is picked up as positively as possible. I want more people to realize that everyone matters and they should be able to be themselves anywhere, anytime.”

In gratitude for the pleasant collaboration, the includi team received two works from the ‘Zeeuws Meisje’ series by Rem van den Bosch from the board of Oosterschelde Library (the parent organization of Goes Library). 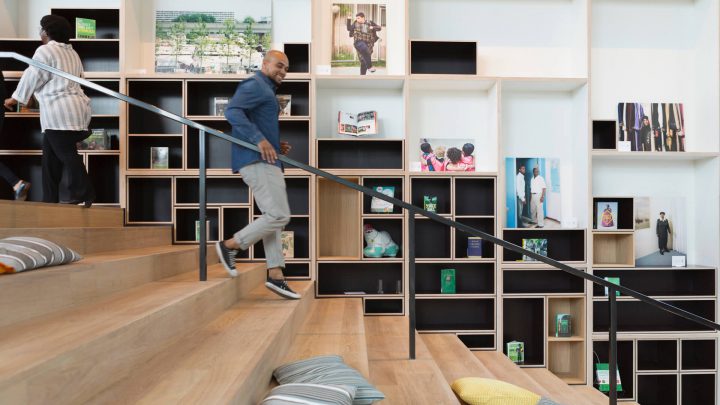 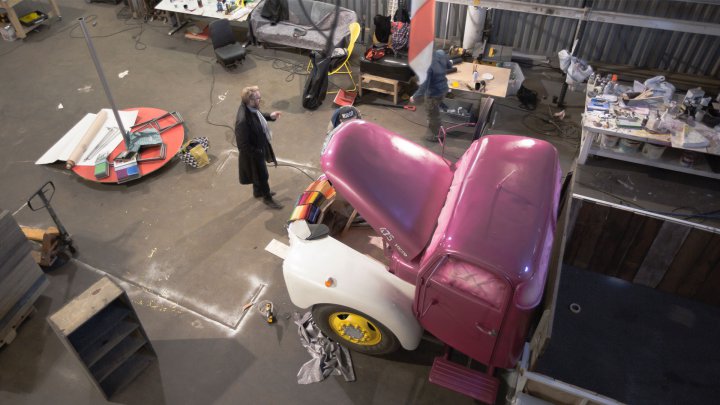 MATERIAL PRICES THROUGH THE ROOF