Participation by the people

How to create a relevant Neigborhood Center. Let’s start with involving (potential) users, locals and other stakeholders, so that this new community house becomes more of, by and for all. For the German city of Hannover, includi designed such a participative procedure for the new Stadtteilzentrum (Neighborhood Center) in the district of Döhren and compiled our results in a comprehensive research study.

With a population of around 14,000, the district of Döhren is located in the south of Hannover, and the site of a Freizeitheim (Community Hub) is in need of extensive renovation. In addition, the diverse activities at the Freizeitheim require more rooms than currently available. This also applies to three other municipal institutions located in the Döhren district: Jugendzentrum (youth center), Bürgeramt (citizen office), and Stadtteilbibliothek (district library). The four institutions – all built in the 1970s – are essential for the social infrastructure of the district of Döhren and beyond.

However, the renovation cost due on the four buildings was deemed uneconomical. For this reason, the city administration suggested investigating whether it would make sense and be desired by the local population to move the four institutions together into one building. Supported by the political will, the envisioned building should function as a new Stadtteilzentrum – a concept that was developed and first implemented in the nearby Linden district of Hannover in the 1960s.

Participative procedures enable citizens to join in the design of their immediate environment. The city of Hannover commissioned our team to conduct data analysis on the target groups for a new Stadtteilzentrum in Döhren as well as various workshops. Our research had the goal to examine the social infrastructure of the district and gain insights into the needs of the citizens as well as their wishes for a future Stadtteilzentrum. After all, this new inclusive place would have an impact on the entire district and beyond.

Although the implementation will still take several years, our research process has shown that the constant involvement of citizens is indispensable for the continued success of the project.

We opted for a comprehensive approach and decided to combine quantitative and qualitative methods of data collection and synchronized them in a three-stage research process. Like a funnel, our approach led us from more general to increasingly specific factors, from observations of the local situation to a concise definition of the new Stadtteilzentrum’s cause and promise.

Methods of participatory research typically consists of group discussions of personal experience, interviews, surveys, and analysis. In our extensive research for the new Neighborhood Center in Döhren, these are reflected in multiple phases of research. During the first research phase, we conducted an in-depth data scan on the social, geographic, and economic structures of the Döhren district. The objective: to identify relevant actors, topics, and trends for the project and the district as a whole, thereby gaining initial insights into who the future target groups of a Stadtteilzentrum.

During the second phase, we zoomed in on the users. It was important for us to use methods that allowed as many different groups as possible to be involved. Hence, we decided to work with street interviews, interactive workshops, and includi Card Game sessions. Our Card Games were specially developed to encourage brainstorming in a visual, tactile, and informal way. They are particularly suitable for translating implicit ideas and wishes into concrete images.

Based on the first results, the includi team created a framework to dive deeper into the matter in the next steps and conducted several comprehensive live sessions – a program of open questions and discussions – to gain new insights and validate previous findings. The findings from the first two phases formed the basis for the final step: a three-day workshop with our team and Hannover city employees to discuss the question of the WHY. The knowledge of why we do something is a motivation for ourselves as well as for our target groups. Understanding the core of the WHY serves as a basis for the sustainable success of all our actions.

A culture of togetherness and tolerance

Over the course of our multifaceted research, we identified concrete needs and wishes of citizens about a new Stadtteilzentrum in Döhren. Our study thus presents an important starting point for further analyses and project planning. The evaluation of our collected data has above all revealed important socio-cultural findings that are very well suited to arguing the need for such projects. All in all, the results of the study include profound insights into the essential needs of citizens and users regarding the future Stadtteilzentrum along with functional, social, technical, spatial, and programmatic aspects.

”Although the implementation will still take several years, our research process has shown that the constant involvement of citizens is indispensable for the continued success of the project,” summarizes Eunice Ma, Interior Architect at includi. “An important aspect of whether the new Stadtteilzentrum in Döhren develops into a relevant, inclusive place is the atmosphere experienced in it, which at best is characterized by a culture of togetherness and tolerance – starting with the first steps of project implementation.”

The advantage of our study results for the city of Hannover are obvious: Even a Stadtteilzentrum that is available to and used by as many people as possible does not necessarily have to be an “all-rounder”. It is much more important to take into account the basic wishes and needs of the people. In the end, this is exactly what the citizens who contribute to participative processes expect.
To be continued! 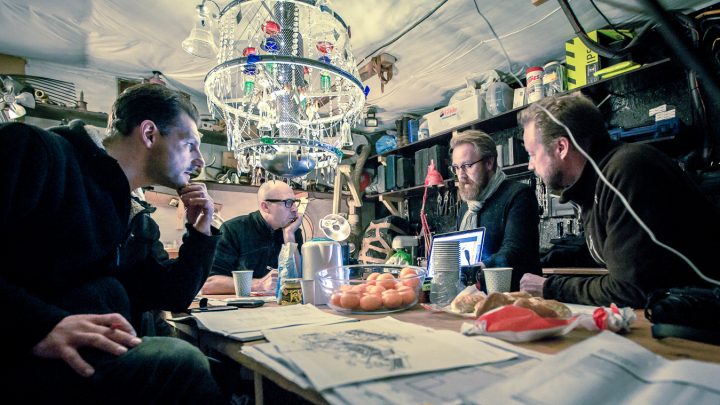 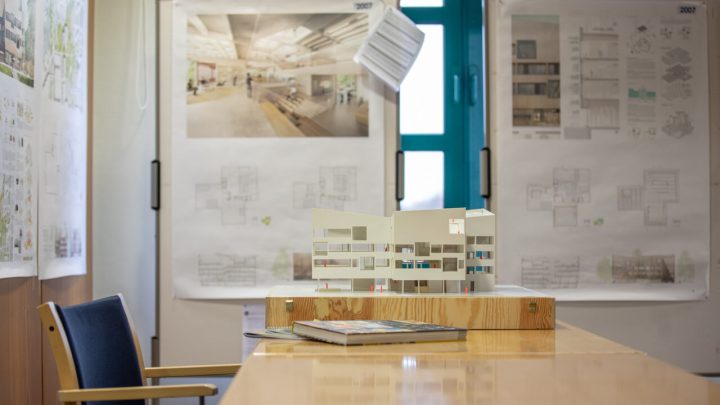