Cultura Ede houses a theater, gallery, library, music school, arts center, film house, café and shop. It is the vivid center for art and culture in the Dutch city of Ede (NL). An interior makeover transformed this motley mix into an esthetic and tangible whole. By removing obsolete elements and creating a visual connection between floors, the stage is set to both encourage and exhibit a melting pot of different functions. Through physical cohesiveness that fosters social connection, Cultura Ede will become the cultural third place of the region.

Cultura harnesses the power of art and culture to offer people the chance to learn, inform and enjoy themselves. Located at the intersection of two important connections, this center literally embodies a cultural crossroads in the city of Ede. The building itself was constructed during several different phases.

The LookBook: vision and design base bundled

Creating places where people feel welcome is the mission of includi. These inclusive places are also referred to as ‘third places’ and, like the first place (home) and second place (work/school), third places play an important social role. Includi has been asked by Cultura Ede to transform the cultural center into an esthetic whole, making the merger of all cultural facilities visible and substantial for visitors and casual passers-by.

Aat Vos, Creative Director at includi, describes, “After an inspiring workshop week with the Cultura Ede management team and other leading team members, we have bundled the vision and the basis of the new interior design in a special LookBook.”

Highlights in the interior are the kids’ world, the café, a ‘makerspace container’, a theater wall that also acts as Cultura’s own showcase thanks to various display elements and announcement boards and, of course, the programmatic connection.

A crucial element of the new interior is the reduction of the esthetic barrier between upstairs (the library) and downstairs (the café and shop). This is done, among other things, by removing unnecessary interior elements and adding new walking routes and more transparency.

The new spatial interventions are clearly visible: a bridge was added (connecting the first floor), a steel balustrade, the verdant green ceiling and a ‘theater wall’. This wall physically represents the identity of Cultura Ede while also acting as ‘glue’ between different important elements like the café, reception and seating areas. Visitors now not only experience a smoother physical connection between the two stories, but also a functional intermingling of both the library and the theater.

We wanted to create an informal and inviting atmosphere: in Cultura Ede you can come just as you are.

Hélène IJsselstijn, interior architect at includi, adds: “The building of Cultura Ede has undergone many renovations over time. As a result, the various functions had, as it were, ‘grown together’ and were therefore blurred in their visibility. By removing everything superfluous, we have actually come to the core of the building. We also consciously left certain parts, such as a concrete void edge after demolition, as they are. This not only tells an honest story but above all adds character. In addition, it fits in well with the informal and inviting atmosphere we wanted to create: in Cultura Ede you can come just as you are!”

The new interior of Cultura Ede is focused on social interaction by, among other things, making people visible on the façade and through a multitude of different ‘living rooms’, seating areas and cocoons spread throughout the building. A couple of bespoke interior pieces, from the makerspace in the container to the adventurous kids’ world with the magical, story-telling mural, will help create memorable experiences.

Attention is also paid to sustainability by reusing existing furniture, the use of second-hand furniture, community tables made from reused wooden planks, a makerspace in an old container, and so on. An unexpected and warm color palette has been added to the interior and is complemented by the new light plan which adds an extra dimension to the atmosphere. Together, these elements make Cultura Ede an inviting, inclusive third place where the inhabitants of Ede feel at home and enriched. 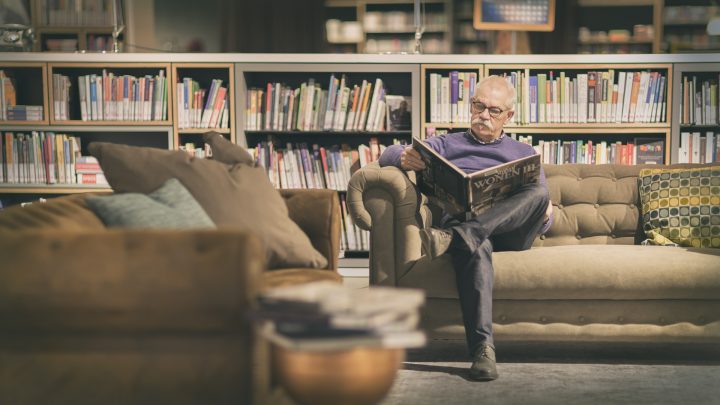 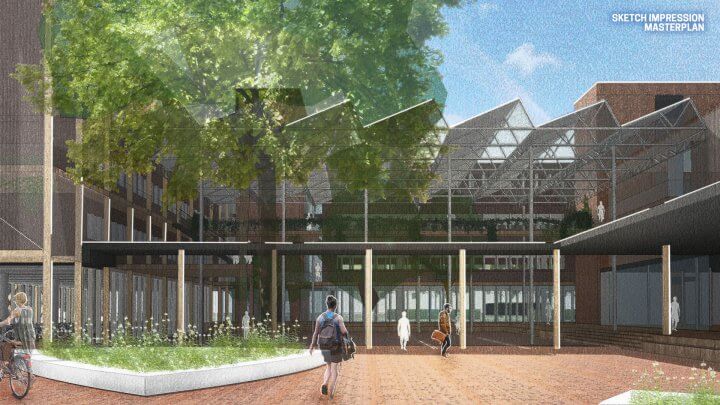